An unsweetened adaptation of a much-loved novel

Five women, 84 bales of hay, and all the madness the book deserves…

“It’s all about as curious as it can be.”

Plummet into an upside-down world where familiar things are made strange, with enchanting, hilarious and horrifying results. Alice in Wonderland is about the behaviour of one generation seen through the eyes of another. It is about the everyday monstrousness of the world around us.

Volcano’s “brave, stupid and beautiful” brand of theatre is an explosive and colourful match for Lewis Carroll’s exquisitely deranged tale of childhood, misunderstanding and adventure. Volcano brings you an all-woman cast and an older-than-usual Alice, and the strangeness of the world she encounters is rooted the insanities of our own culture and society. Approach the world with a child’s sense of wonder, and plunge with us down the rabbit-hole into a 21st-century asylum full of Ambition, Distraction, Uglification, and Derision.

“There is a great deal of scholarly and poular discussion about Alice in Wonderland. Victorian innocence or Victorian repression? When we encounter Lewis Carroll, the vile and the beautiful jostle for our attention. I have tried to avoid adding my (ill-informed) voice to this debate. I wanted to concentrate on the text and the performance. I began with children and Rula Lenska, but for all sorts of reasons that was too difficult. Then I auditioned men, and that was disappointing. Finally, a white rabbit from Iceland appeared at my door and everything became clearer. Not too clear, of course, because when I am making a show it always seems imnportant to leave space for accidents, dead-ends, disasters and opportunities. But clear in so far as Guðný Sigurðar’s 84 bales of hay point backwards to some millenarian life that we have lost, and forwards to something strange, unknown and exciting. All of the five performers are Alice, because hopefully all of us (at different points in our lives) have the choice, in the face of the unknown, to reproduce Alice’s reckless determination…”
PAUL DAVIES, September 2013 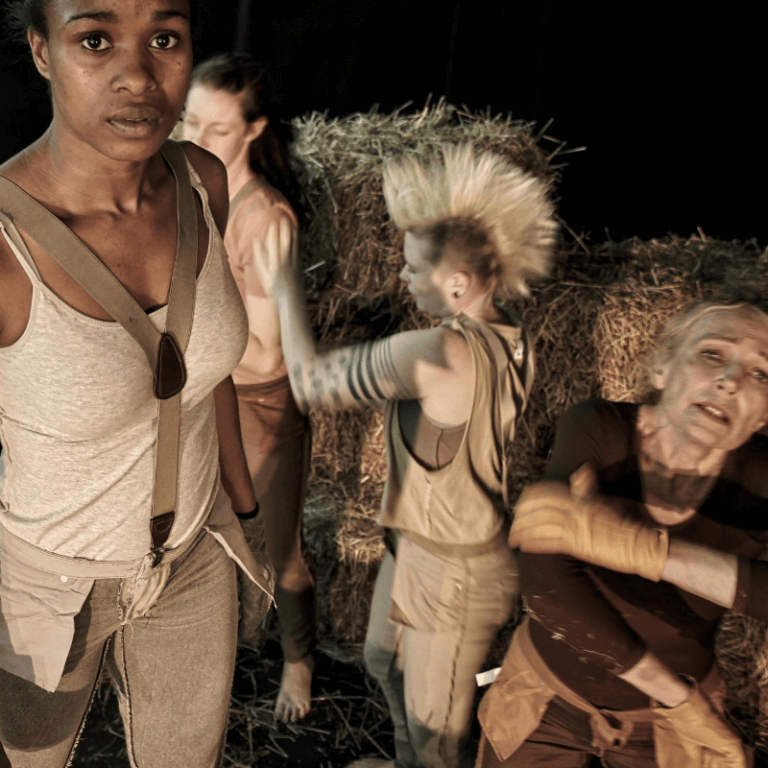 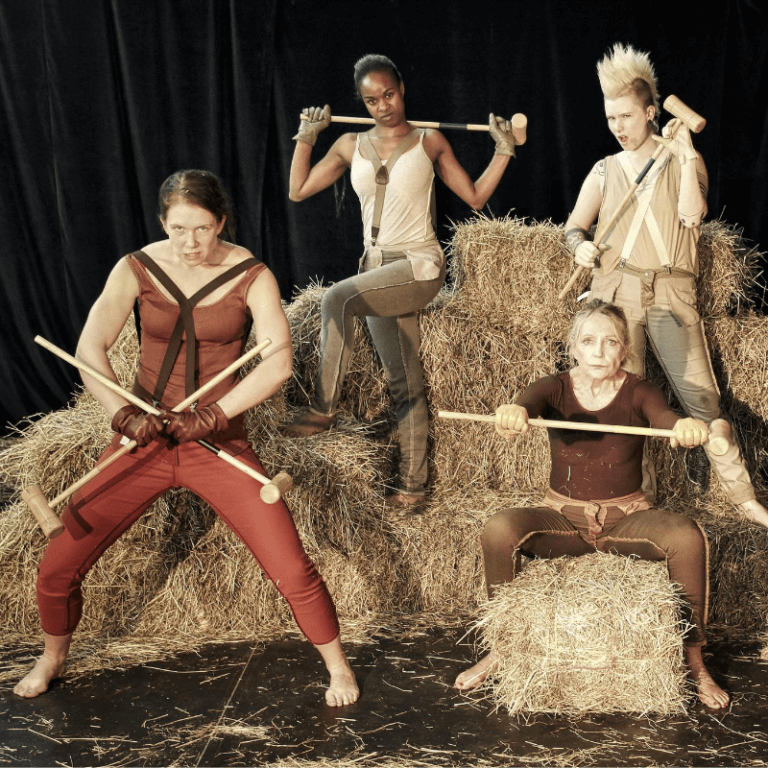 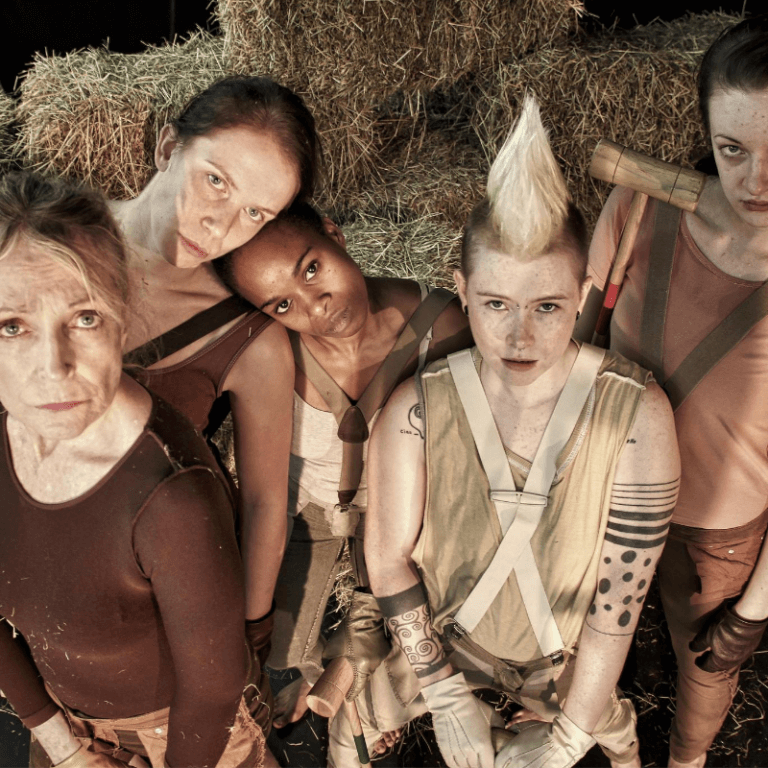