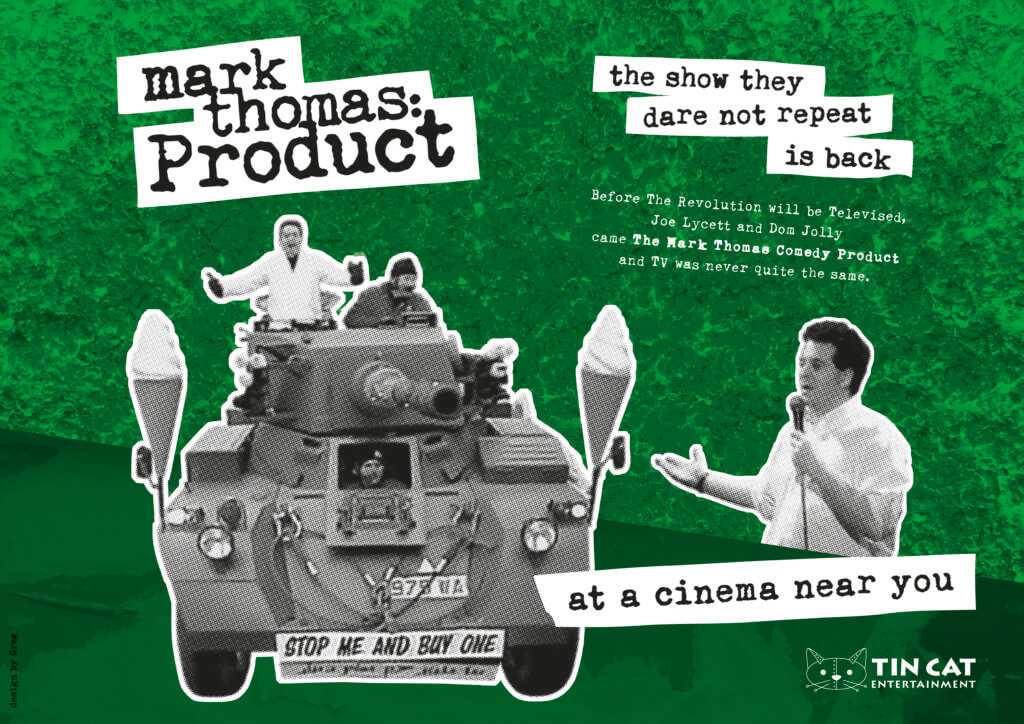 The only TV show never to be repeated is finally back!

Before Joe Lycett, The Revolution Will be Televised, Lee Nelson, Dom Joly and Balls of Steel, The Mark Thomas Comedy Product was the show that set the agenda.

From challenging corporations, exposing corruption, ending MPs’ careers and setting up a PR company at an arms fair, Thomas’s show changed the law on tax and inherited wealth, caught the Home Secretary hiding behind the war on drugs and happily used just about every conceivable military vehicle in the cause of comedy. It was the show that MPs prayed they didn’t appear on and that finally became too hot for Channel 4.

Showing his favourite clips and explaining what went on behind the scenes, Mark now tells the story in its fullest glory – from knob gags to arms deals, from the risqué to the risky – in this cinematic live experience of mischief, adventure, and seven years of gunning for the corrupt with a camera crew in tow.